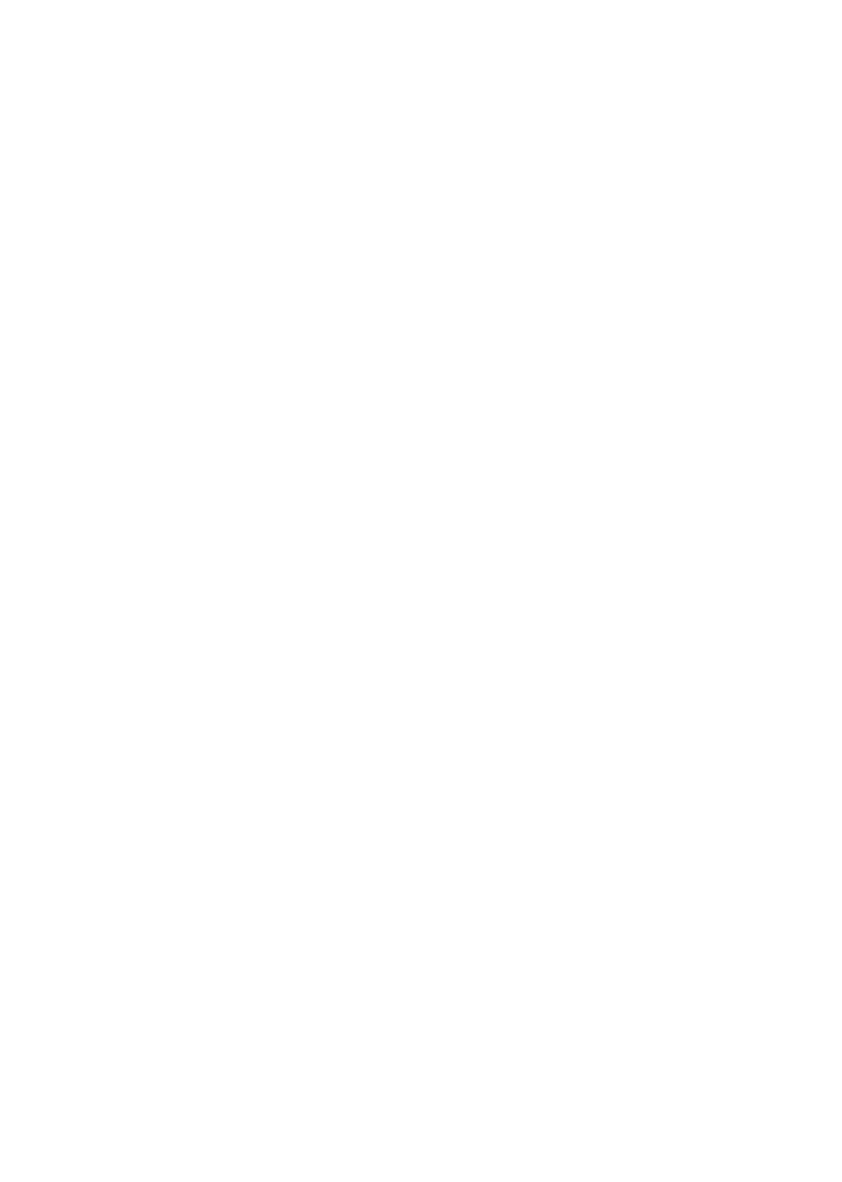 Literature
We are what is reflected on our retina. Our towns and cities grow through us. Our habitats become facts of our biographies – and our inner world, too. This is the way culture functions in general. And literature as well.

Thinking of the conceptual frame of the literary stage, it seems reasonable – and even necessary – to amplify and deepen the theme of the whole festival: "The City of Masters". Because not only people sculpt faces and create the spirit of a certain city – the city, in its turn, also influences its artists and creators in an utterly intense way. Moreover, it often happens, that exactly the city, its atmosphere and a special composition of the cultural and historical air, its character start writing through their authors. They begin to stand out between the words and directly in the text, generating the "city text" as a phenomenon.

Perhaps, in a similar way genius loci – or "the spirit of the place" – brings the artistic genius to life: the artists, imbued with the city, the ones embodying the essence of the territory, which has given birth to them, in their artistic practices in the most precise and powerful way.

This is exactly what we would like to talk about: in dialogues with writers and intellectuals, publishers and translators, in fervent discussions and intense public interviews. Not forgetting of poetry readings as well. We would like to speak on how cities and places mold their artists who, in turn, glorify them – reflecting and mirroring them in their books.

A new Sofia's novel "Amadoka" was published in 2020. One of the characters of the novel is the archive of St. Sophia of Kyiv.
Serhiy Zhadan
Serhiy Zhadan is a Ukrainian poet, prose writer, translator, social activist, frontman of the rock groups "Zhadan i Sobaky" (Zhadan and Dogs) and "Liniia Mannerheima" (The Mannerheim Line). Author of the novels "Depeche Mode", "Voroshylovhrad", "Mesopotamia", "Internat" (Boarding School), books of poetry "Tsytatnyk" (Book of Quotations), "Ethiopia", "Zhyttia Marii" (Mariia's Life), "Tampliery" (The Templars), "Antena" (The Antenna) and others.

Serhiy Zhadan's literary works have received a lot of national and international awards and were translated into more than twenty languages, having made the author one of the best known contemporary Ukrainian writers. Serhiy Zhadan is also an active organizer of the literary life in Ukraine and a participant of multimedia art projects. He graduated from H.S. Skovoroda Kharkiv National Pedagogical University, Faculty of Ukrainian and German Philology.

S. Zhadan is a member of PEN Ukraine. He translates from German, Polish, Belarusian and Russian.
Mykhailo Nazarenko
Mykhailo Nazarenko is a Ukrainian (Russian- and Ukrainian-speaking) expert in literature, critic, science fiction writer. He graduated from the Philology Faculty of Taras Shevchenko Kyiv National University where he majored in Russian Literature. Together with Tetiana Kokhanovska he wrote the "Ukrainskyi vector" (The Ukrainian Vector) column, dedicated to the contemporary Ukrainian literature against the historical and cultural background, in the "Novyi myr" (The New World) magazine (2011–2012). He has been the editor and commentator of the translations of literary works of John Crowley, Neil Gaiman, Terry Pratchett, Alan Moore and Arthur Conan Doyle. He has written numerous articles dedicated to historical and fantastic prose, perception of Taras Shevchenko's life and creative work.
Mark Belorusets
Mark Belorusets is a translator of German and Austrian literary works, particularly of German-speaking poets of Bukovina and Romania, into Russian.

The circle of his favourite authors includes Paul Celan, Georg Trakl, Robert Musil, Günter Eich, Manès Sperber, Herta Müller, Alexander Kluge, Hertha Kräftner, Kerstin Hensel, Antje Rávic Strubel and others. He won the Austrian State Prize for Literary Translation (1998), as well as the Prize for Literary Translation of the Austrian Federal Ministry for Education, Arts and Culture (2010). M. Belorusets received The Andrei Bely Prize (Saint Petersburg, Russia) in 2008 for the translation of the fundamental work "Paul Celan. Poems. Prose. Correspondence" into Russian. The translation was made in collaboration with Tetiana Baskakova, and it immediately turned into a bibliographical rarity.
Kateryna Kalytko
Kateryna Kalytko is a Ukrainian poetess, translator, author of poetry collections and prose works. She is a member of the National Writers' Union of Ukraine (2000) and PEN Ukraine. In 2017 Kateryna Kalytko's book "Zemlia Zahublenykh, abo Malenki strashni kazky" (The Land of the Lost or Little Scary Tales) won the BBC Book of the Year – 2017 Award. Her poetry collection "Nikhto nas tut ne znaie, i my – nikoho" (No One Knows Us Here, and We Don't Know Anyone) is dedicated to the psychology of a person living in the time of significant historical events. Part of the poems is written in free verse. This poetry collection won the prize "LitAccent of the Year" (2019) in the "Poetry" category. Kateryna got a special distinction of the jury of the UNESCO Literature City Prize for the poetry collection "Bunar". In September 2016 she received the Crystal Vilenica Award from the Vilenica International Literary Festival. In November 2017 Kateryna won the Józef Konrad Korzeniowski Literary Prize from the Polish Institute in Kyiv. In 2019 she was awarded with the Women in Arts Independent Prize by the UN Women and Ukrainian Institute within the HeForShe Arts Week 2019.

K. Kalytko majored in Political Science and Journalism in the Kiev Mohyla Academy. She studies and translates contemporary literature of Bosnia and Herzegovina.
Ira Tsilyk
Ira Tsilyk is a Ukrainian film director, writer, author of poems and prose works. She is a member of PEN Ukraine. Ira is a laureate of the American Sundance Film Festival (2020) as the best director of World Cinema Documentary for the film "Zemlia blakytna, niby apelsyn" (The Earth Is Blue as an Orange).

Yevhenii has a perfect ear for literature and is considered an indisputable authority in the sphere of literary criticism, he possesses a brilliant knowledge of the Ukrainian and World Literature, he defines and forms a contemporary Ukrainian literary canon, inculcates Ukrainian readers with good taste in literature and literary awareness. He could have been an outstanding fiction character himself, the one who traded his soul to the devil in exchange for his genius and fantastic success, but the Evil One has nothing to offer him except what Yevhenii already has.

Yevhenii Stasinevych is a curator of the first literary stage at the Bouquet Kyiv Stage festival, he has selected its participants, set the themes and issues for the discussions, shaped the concept of nightly poetry recitations in the way for each event to become iconic. So guests of the festival can't but hold their breath and savor their involvement in the creation of the history of contemporary Ukrainian literature.
Artem Chekh
Artem Chekh is a Ukrainian writer. Some of his works were translated into German, English, Polish, Czech, Russian languages and published in the foreign periodicals and almanacs. A collection of Artem Chekh's essays "Tochka nul" (Point Zero) (2017), relating his experience of military service in the Ukrainian Army during the Russo-Ukrainian War in Donbass, was honoured with several prizes. In particular, it was the Ukrainian-Belarusian "Voin Svitla" (Warrior of Light) Prize in Memory of Mykhailo Zhyznevsky; the Literary Prize in the "Essay Writing" category of the LitAccent 2017; the Mykola Gogol State Prize (2018). In 2019 he received the Józef Konrad Korzeniowski Literary Prize from the Polish Institute in Kyiv.
Pavlo Matiusha
Pavlo Matiusha is a poet, prose writer, translator and financier. He won in the literary competition of the "Smoloskyp" publishing house in 2018 and 2019, and was included in the long lists of the "LitAccent of the Year" and "Espreso. Readers' Choice" prizes. PhD in Philology, MBA in Business Strategy. Speaks six languages.

P. Matiusha graduated from Taras Shevchenko National University of Kyiv with distinction in 2015. His major was "Military Translation". In 2008 he defended a PhD thesis in translation science, in which he developed the notion of military ergonyms. He had worked at the Office of the Verkhovna Rada of Ukraine dealing with the issues of inter-parliamentary diplomacy and human rights. He has a diplomatic rank.

In 2016 P. Matiusha moved to France where he got an MBA in HEC Paris business school with a major in strategy and social business. During his studies he took an active part in social business projects in Cameroon and France. Then he had worked in consulting in Paris for some time.

In the beginning of 2019 he returned to Kyiv where he has been engaged in financial and strategic projects in the international company.

He was born on July 21st, 1983, in Rivne.
Svitlana Taratorina
Svitlana Taratorina is a journalist, political technologist, expert in the sphere of mass communication, writer working in the genres of fantasy and weird fiction. Svitlana writes fantastic novels, and she dedicated her first novel specifically to Kyiv. "Lazarus" is a great story of declaring her love to Kyiv. It consists of six cases and five city locations: Trukhaniv Island, Kyiv City Council, Lypky, Kyiv Pechersk Lavra, Kyrylivski Hills.

Svitlana's novel "Lazarus" won the first prize at the literary competition of the KM-Books Publishing Group in the category "Literature for Adults," received "LitAccent of the Year" as the best novel of 2018 and entered the list of the 10 most important books of 2018 according to "The Village" magazine.